A downloadable game for Windows

This game a bit based on Monika After Story and Just Yuri game, but with other addition....

(No there is no characters folder unlike DDLC hahaha... So basically you can't delete Nakano Yurika except deleting the game itself.)

A note declaimer Nakano Yurika is made in 22nd October 2015 by me (Scout25/Xx-xElizax-xX/RachFitz):  Check here if you want to see! While the game of Yandere: Past Diary was released at 2016.... Which before Doki Doki Literature Club, but after Yandere Simulator... But yeah... It's kinda based on it as you can see... Nakano Yurika is from Yandere: Past Diary game, but more edited  ofc....

LOLO - Hit And Run (For Music)

ILLUSION - Honey Select (For perfect 3D game ofc... and For Music either)

Thanks to Monika After Story Dev for source codes...

Bandai Namco Entertainment (Just in case of the source of face model...)

Contact to me here if you are having a problem: 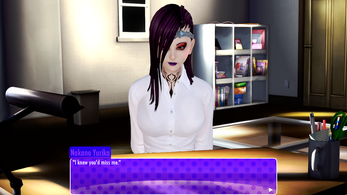 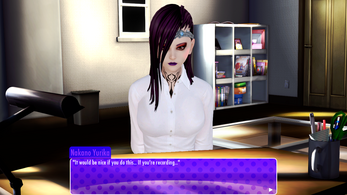